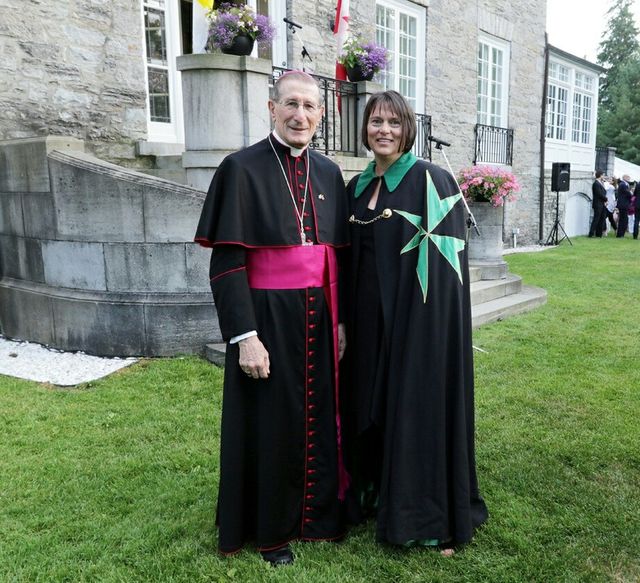 Official photo with H.E. Archbishop Luigi Bonazzi, the Apostolic Nuncio at the Nunciature in Ottawa, 2019.

As of March 21, 2016 elected as Director at Large at the Executive Board of Directors of the Order in Ottawa.

In early April 2015 I had the honor and priviledge to be accepted as postulant at the Order of St.Lazarus of Jerusalem. On May 9th 2015 I was knighted and promoted to the rank of an officer in the order.

One of the Oldest Orders in the World

Established in 1098, the Order of Saint Lazarus is one of the oldest Orders of Chivalry in the world.  Under the spiritual protection of the Melkite Greek Catholic Patriarchate since 1841, the modern Order welcomes members from all Christian faiths.

Brought to Canada by then Lieutenant Governor of Ontario, The Honourable J. Keiller Mackay, the Grand Priory of Canada was created in 1962 by the first bilingual act in Parliament.